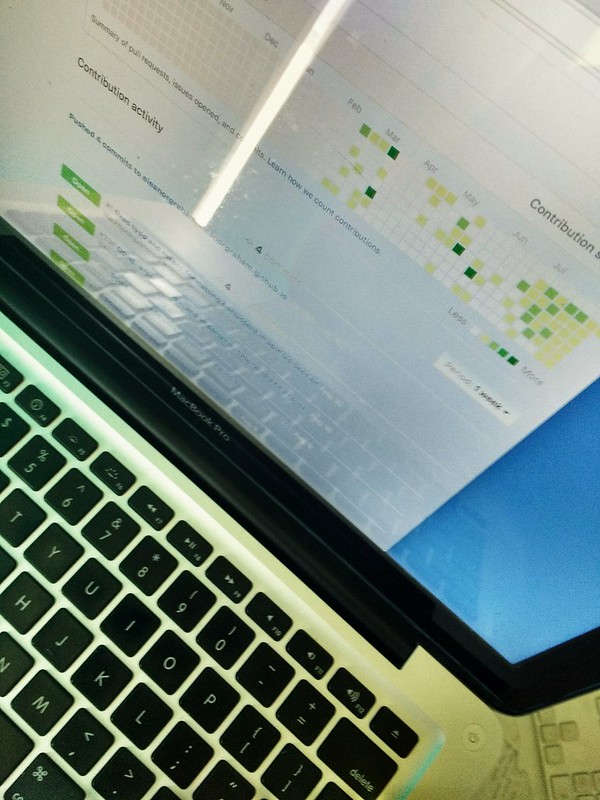 I learned about 100 Days of Commits just a few days before it began. I decided to join in without giving it much thought. Now, 13 days in, I’d like to reflect a bit.

First: Hooray! 13 days in a row of commits is probably twice as long as any previous streak for me. Already I’ve learned a lot, even with my completely haphazard unplanned approach.

Jumping in with no planning means that I’ve been forced to go with low hanging fruit. Those changes that I’ve been wanting to make to my website? Now’s the time! That new thing I’ve been curious about? Dig in! So far I’ve learned more about Jekyll and Mapbox. I’ve also learned about my own workflow and have made some improvements that feel good.

It’s also been so fun to feel the buoyancy of doing this practice together with so many other people. Even though I’ve just been working on my own stuff so far (no collaborate contributions yet), it makes me so happy to see the other participants progressing. Check out the activity on twitter (@100Commits) – it’s great!